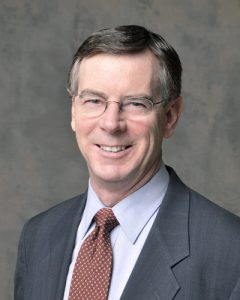 Bradley E. Neunzig is a lawyer with over 25 years of experience representing both plaintiffs and defendants in a wide variety of civil cases. He has taken cases to trial in counties ranging from Whatcom to Thurston, and handled litigation in both state and federal courts in Washington. Brad also has extensive experience in the Courts of Appeal in both Washington and California.

Brad graduated from the University of California, Berkeley in 1982. Following his family's tradition, he served as an officer in the United States Navy. As a surface warfare officer, he deployed to the Mediterranean Sea, Black Sea, North Atlantic, Caribbean Sea and Gulf of Mexico.

After his Navy service, Brad attended law school in the evening at McGeorge School of Law in Sacramento, California. While attending law school, he worked full time for a litigation firm that specialized in the defense of cities, counties, school districts and insurance companies. Upon graduation in 1992, Brad passed both the California and Washington State bar exams. He continued to work in Sacramento until relocating to Snohomish County in 1995.

Brad continued his work in civil litigation in Washington as an attorney with Safeco Insurance Company and, later, with the Civil Division of the Snohomish County Prosecuting Attorney's Office. Most recently, Brad worked with a private law firm in Seattle specializing in landslide and surface water drainage issues. In his time as a litigation attorney, Brad has resolved hundreds of cases through arbitration or mediation. He has taken multiple cases to trial in the Superior Courts of Whatcom, Island, Skagit, Snohomish, King and Thurston Counties. He has also briefed and argued cases before the Courts of Appeal on issues of municipal drainage, inverse condemnation, insurance coverage, assumption of risk and employment contracts.

Brad served as a Trustee with the Snohomish County Bar Association. He serves as an arbitrator for the Snohomish County Superior Court. In order to expand his understanding of alternative dispute resolution, he undertook extensive mediation training with the Dispute Resolution Center, Volunteers of America.

Outside of work, Brad enjoys all of the outdoor activities the Pacific Northwest offers and can be found hiking, cross-country skiing, kayaking or exploring in his free time. Brad also has a never-ending list of projects at his century-old home in downtown Arlington. Brad has an adult daughter and son.

For over 65 years, Bailey, Duskin, Peiffle & Martin, PS has been serving the legal needs of Washington clients. Our firm represents individuals, businesses, and municipalities throughout Snohomish County and surrounding Washington counties. Call us for more information.

The office will be closed today for Martin Luther King Day.